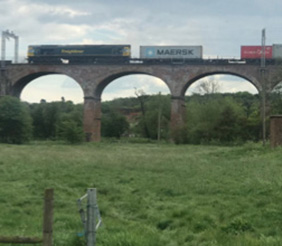 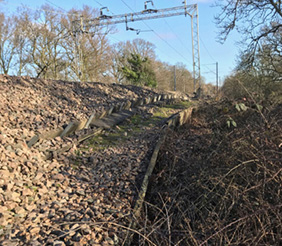 The Cynergy3 slope monitoring system automates the monitoring of slope failure through the use of wireless MEMs inclinometers. These measure any movement in the slope or embankment and upload this information to a remote server using a solar panel powered IoT Gateway.

The real-time slope condition can be viewed using any standard web browser and email alarms can also be generated if slope movement maximum levels are exceeded.

The main advantages of this system include:

This study outlines the installation of the system in a test site for large geotech consultant. The site chosen was Chitts Hill in Essex where a railway embankment had experience major movement in the past. The embankment is to the left of the viaduct shown and movement of the rail track walkway can be seen in the middle photo.

One of the advantages of the system is that by using small diameter (48mmOD) inclinometer casing. This allows the use of a lightweight drilling rig which is easily transported to site. The rig used in this installation was a Llama rig.

When the borehole has been drilled the inclinometer casing is lowered into the hole ensuring the two location grooves are parallel to the slope being monitored.

The depth of the borehole is determined by the suspected depth of the failing shear zone and ideally the bottom of the inclinometer would be located in a stable zone of bedrock or non-moving ground. 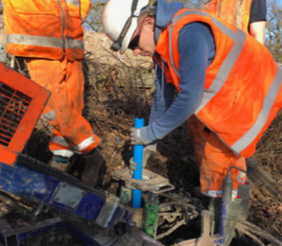 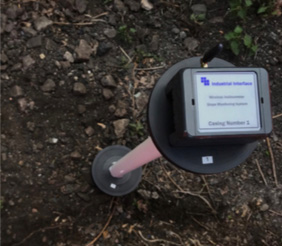 In this installation three boreholes were drilled to a depth of 3m. The Boreholes were spaced over a length of around 100m of the embankment. Each borehole was located approximately 4m below the height of the railway line as can be seen in the picture.

When all three holes had been drilled the top of the casing was cemented in ready to accept the wireless slope monitoring system.

Once the inclinometer casing is in position the strip of MEMs inclinometers can be lowered into the grooves in the casing. Each inclinometer is built into an IP68 water proof enclosure mounted to the engineered strip which is slip into the tubing.

The inclinometers are wired in series and the mounting strip is fitted with stainless steel hinges to allow easy transportation of the system.

When the mounting strip has been located into the casing the wireless transmitter is fitted to the top of the casing and then the entire installation is covered by a protective cover.

The following pictures show the complete installation of one of the inclinometer tubes and also the protective cover. 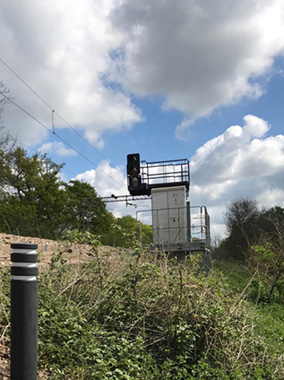 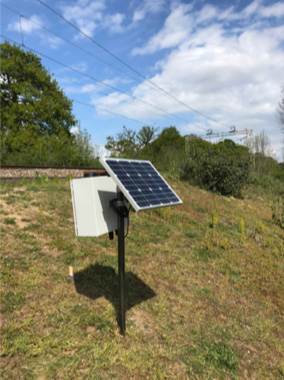 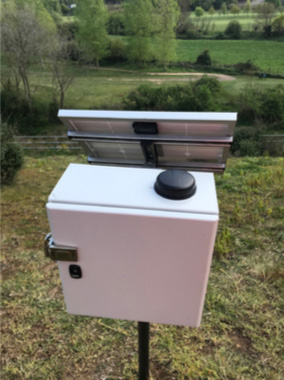 When the three wireless inclinometers had been installed the wireless receiver and 2G/3G transmitter was installed at a suitable location in the middle of the three boreholes. This consists of a 2.4GHz wireless receiver which receives the signals from the wireless inclinometers every minute and then transmits these values to a remote server, in this case an Amazon cloud-based server running a web based SCADA package. The IoT Gateway is fitted with a Solar Panel which allows maintenance free operation.

A schematic diagram of the entire installation is shown here, together with a typical web page showing the data available from the web server. 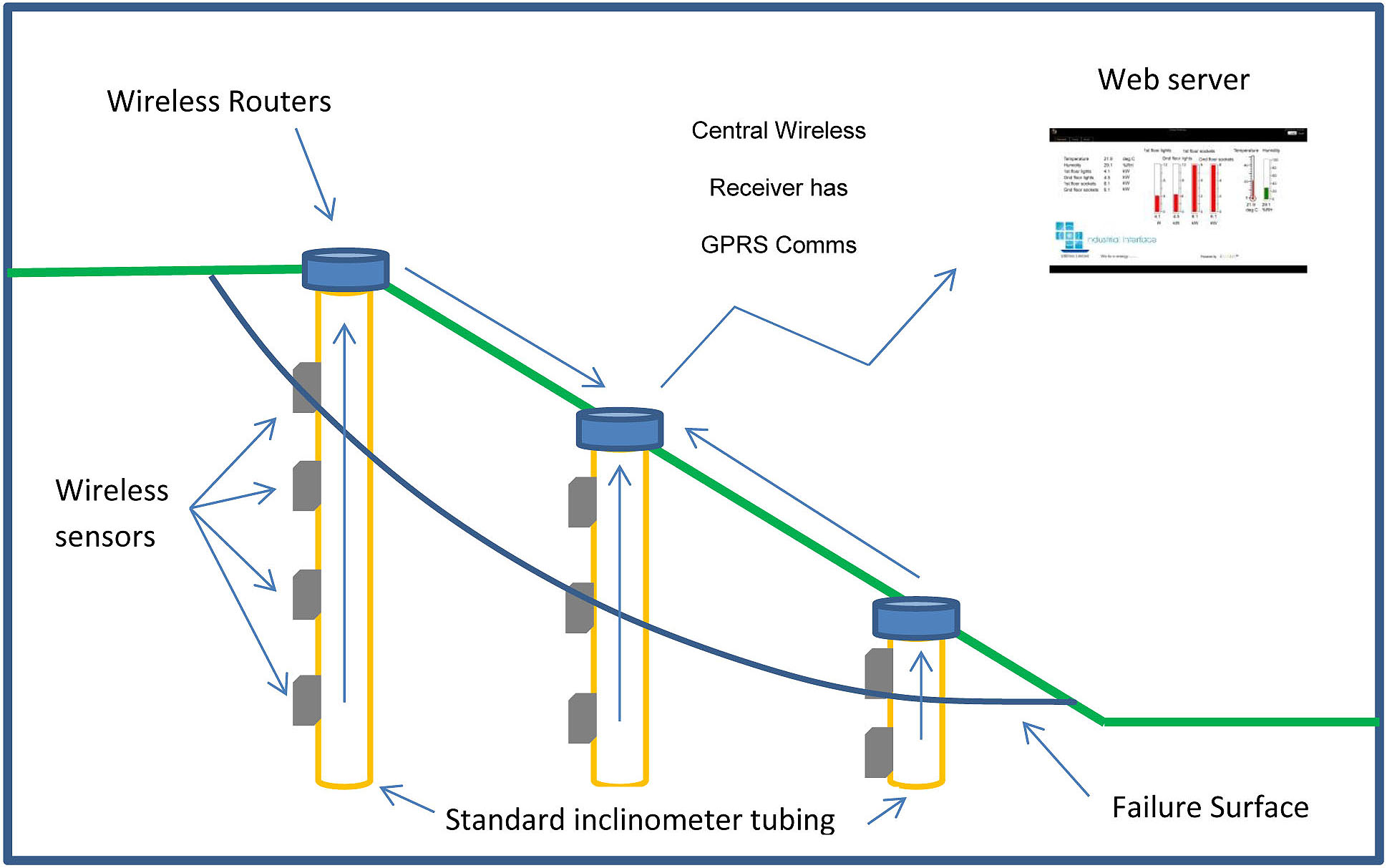 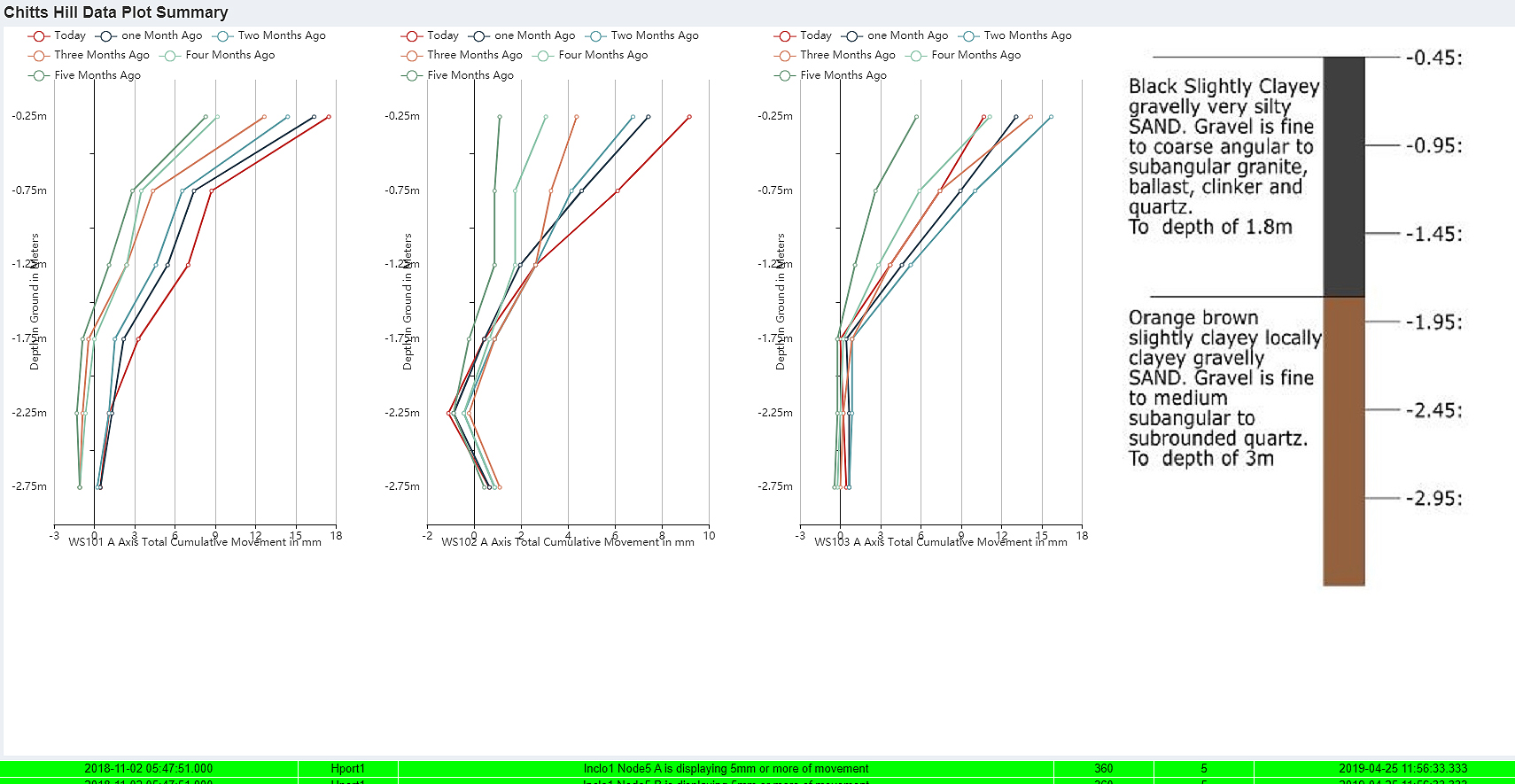 The installation proved that the system could be deployed quickly and economically using a lightweight drilling rig. The line did not need to be closed and installation can be started and completed within one working day.